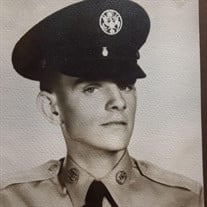 Charles was born in St Louis, Missouri on April 10, 1936 to Harry and Ann [nee Schatz] Boardman. He was never married and after college he joined the United States Air Force and retired after 21 years of service at the rank of Master Sergeant. Survivors include three sons: Chris Boardman, Thomas Boardman, James Boardman; 2 Grand children: Joseph "Joey" Pearson, Charles Boardman; 2 Great Grand children: Jameson Boardman, Thor Pearson; 2 Nieces: Julie Wood, Tina Gorman; 1 Great Niece: Ashley Gorman; 1 Great Great Niece: Taylor Gorman; 1 Great Nephew: Rickey Gorman; 3 Great Great Nephews: Bradly Gorman, Blake Gorman, Christopher Reed; Sister-n-law: Mary “Lucille” Wentz and husband, Tom Wentz; He was preceded in death by his parents; one brother: Jerry Boardman; an Uncle-Joseph Schatz; an Aunt-Madeline "Marie" Schatz we called her ("Auntie"). Also surviving are Best Friends and neighbors: Bill & Michelle Brooks (neighbors)-They both devoted their life to take care of helping Charles & Christopher his son, because they both had health concerns. They also took care of helping them go get groceries, go shopping, and do their banking, etc…including helping them with any type of repairs that needed done around the house. Charles and Christopher are very blessed to have Bill & Michelle become part of their lives, and to also become best of friends. Words can't say enough, but we are all thankful for what you have done for Chuck, and what you are still doing for Chris, his son. Charles also had (4) fur babies that he loved and adored more than anything in the world, Pepper, Major, Fuji, and Shadow. Charles' civilian occupations were a Sanitary Inspector and a Veterinary Assistant. After 21 years in the Air Force, he retired and moved to Port St. Lucie Fl. at Sunnybrook Terrace and lived there most of his life. Charles then decided he wanted to live in Rural Retreat Virginia, and have a small farm with 22 acres to be close to his grand children. Later in his life he left Virginia and went back to Sunnybrook in Florida to stay with his son, Chris because of his health concerns. Charles health was too much for Chris, his son, to take care of with him being in a wheelchair that he decided that it would be better for him to be taken care of with professionals in an assisted living facility at Harbor Place in Florida. Charles wanted the rest of his remaining life to be in Missouri and to be closer to his family, and to live in a Veterans Home. His niece, Julie Wood honored all of his wishes and flew him back with her to Missouri where he resided at St. James Veterans Home and later passed away on 10-31-2020 at 10:05am. Memorial contributions may be made to: USO of Missouri P O Box 10367 St Louis, MO 63145 or K9S for Warriors [email protected] ______________________________________________________________________ The Procession will depart Hillcrest Abbey at 10:50 am in route to Jefferson Barracks National Cemetery.

Charles was born in St Louis, Missouri on April 10, 1936 to Harry and Ann [nee Schatz] Boardman. He was never married and after college he joined the United States Air Force and retired after 21 years of service at the rank of Master Sergeant.... View Obituary & Service Information

The family of Charles S. Boardman created this Life Tributes page to make it easy to share your memories.

Send flowers to the Boardman family.