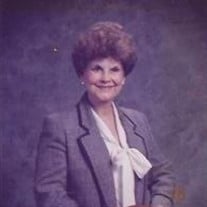 Dolores was a wife, mother of 2 daughters and homemaker until life mandated that she enter the business world. She quickly became involved in sales of various kinds but really excelled at business sales and customer training. Her personality and skill with people served her well in this work. Over the years she worked for McDonnell-Douglas and McBee Systems, doing class scheduling and supervisory training long before the advent of computers. Her career culminated in her 25 year partnership in Custom Medical Forms. Dolores was always involved in charitable organizations beginning with Lambda Tau Delta Sorority and The Red Feather. She was instrumental in starting the Suicide Prevention Hotline in St. Louis. She later became very committed to the Rotary Organization, an excellent outlet for her organizational skills. She was the Lieutenant Governor in District 6050 in Missouri 1996-1997 and was asked to save and restructure a failing Rotary chapter. The Club survived under her leadership and became the Fenton-Valley Park Club with her as Charter President. Dolores was the consummate hostess and liked nothing more than giving a party or having friends for dinner in the home that she so loved. In later life so many of her family and friends predeceased her and time took it’s inevitable toll on her health. We were grateful to be able to keep her in her own home with the people and pets that she loved. A special thanks to Denise Basilio for her loving companionship. Our heartfelt thanks to Hope Hospice, especially Kristin Roberts and Patty Mossop. Our sincere appreciation to Renee Sheppard for her loving care and support. In lieu of flowers, donations may be made to Saint Joseph’s School/David Ross Memorial Fund, Saint Joseph’s Episcopal School 3300 South Seacrest Blvd. Boynton Beach, Fla. 33435 or The Humane Society of Missouri 1201 Macklind Ave. St. Louis, Mo. 63110 Survivors include: two daughters: Dianne [Robert] Ross and Holly Stumpf; Grandson: Steven [Michelle]; Step-Grandchildren: Brian Ross, Susan [Michael] Lissner, Robert Stumpf, Christine Stumpf, Paul [Jennifer] Stumpf, Jason [Katherine] Stumpf; Great Grandchildren: Anna, Alec, Lauren, André, Luke, Guinevere, Nathaniel, Emily, Frank, Alexander, Samantha, Logan; Great great grandchildren: Blake and Mason; Many nieces and nephews. She was preceded in death by her parents, her husband Charles Floyd, a son-in-law: Robert Stumpf, a sister Dorothy Elz Darden; and Grandson: David Ross.

Dolores was a wife, mother of 2 daughters and homemaker until life mandated that she enter the business world. She quickly became involved in sales of various kinds but really excelled at business sales and customer training. Her personality... View Obituary & Service Information

The family of Mrs. Dolores Eileen Floyd created this Life Tributes page to make it easy to share your memories.

Dolores was a wife, mother of 2 daughters and homemaker until...

Send flowers to the Floyd family.