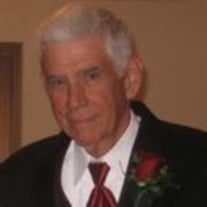 Frank William (Bill) Farnsworth, formerly of Victoria, passed away in San Antonio, TX on August 9, 2020. Bill was born in Webster Groves, Missouri on April 9, 1937 to the late Henry and Mary Farnsworth. Bill was an Honors graduate of Verona High School in Verona, NJ. He attended Worcester Polytechnic Institute in Worcester, MA where he earned Bachelor and Master degrees in chemical engineering. After college, he began a nearly four decade career with DuPont. The later part of his career was spent at the Victoria Texas plant. Bill was supportive of numerous organizations, but was most passionate about the Texas Zoo in Victoria and the Victoria Genealogy Society. He served multiple roles on the Board of Directors of both groups. He was a Texas Master Naturalist and specialized in Kemp Ridley sea turtle conservation. Bill was an active member of Grace Presbyterian Church in Victoria, serving as an elder for many years. He enjoyed golf, was an avid bird watcher and for many years grew countless varieties of roses. Bill is survived by his wife of nearly 60 years Judie of San Antonio and his children, Jeff and Marcie Farnsworth of San Antonio, Chris Farnsworth of San Antonio, and Steve and Charity Farnsworth of Beckville TX. Bill’s grandchildren Ashton Warren of Russellville AR, Kennedy Farnsworth of San Antonio, Chance Farnsworth of College Station TX, and Matt Farnsworth of San Antonio. He is also survived by his siblings, Phyllis Walker of Lincoln, NE and Jennifer Fawcett of Converse, IN. Bill was known to many people by many names; Bill, Fahnz, Dad, Pop, Big Brother, PowPow, Grandad, Mr. Green Jeans, and he will be greatly missed.

Frank William (Bill) Farnsworth, formerly of Victoria, passed away in San Antonio, TX on August 9, 2020. Bill was born in Webster Groves, Missouri on April 9, 1937 to the late Henry and Mary Farnsworth. Bill was an Honors graduate of Verona... View Obituary & Service Information

The family of Frank [BIll] William Farnsworth created this Life Tributes page to make it easy to share your memories.

Send flowers to the Farnsworth family.