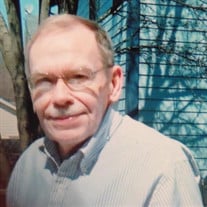 Jonathan “Jon” Frederick Quarles, Jr., 72, of St. Louis, MO., died on June 24, 2015, at Mercy Hospital in St. Louis surrounded by his family. A memorial celebration will be held on Tuesday, July 7, 2015, at 10:30 a.m. at the Immaculate Conception Chapel at Chaminade College Preparatory School at 425 South Lindbergh Boulevard in St. Louis, MO. The family will greet people between 9 a.m. - 10:30 a.m. at the Atrium on Chaminade’s campus immediately prior to the service. Jon was born in Kingsport, TN., in 1942. He graduated from Dobyns-Bennett High School in Kingsport, TN.; continued his studies by receiving a Bachelors of Science in Chemical Engineering with a minor in Mathematics from the University of Tennessee; and then received his Masters in Industrial Management from the University of Tennessee. During his time at the University, Jon was a member of the Lambda Chi Alpha fraternity and a member of Beta Gamma Sigma, an honor society recognizing business excellence. Jon was married to Claralyn “Tabby” Wetzel in 1974, and lived in St. Louis throughout their 40-year marriage. Jon served as a co-op at Westvaco before later starting at Monsanto Company in their Agriculture Division in 1967. Shortly thereafter, he joined Monsanto Enviro Chem Systems (MECS) in 1970 and served in sales, marketing and service roles for the company’s mist eliminators and sulfuric acid business. Later, he worked briefly at Lewis Pumps before joining Acid Piping Technology, Inc. (APT), in the early 1990s. Jon worked at APT for more than two decades and served as the company’s Director of Marketing. During his 47-year career in the sulfuric acid industry, Jon traveled the world -- making life-long friends across the business in the process -- and worked on projects on five different continents. He loved the outdoors and wildlife, and shared this passion with his wife and children. Jon was an avid hunter, a skilled gardener, a dog aficionado, a master scout on hikes and float trips, a hobby carver, a fan of Civil War history and arrowheads, and an enthusiastic fan of the St. Louis Cardinals. He loved spending time with friends and family. Jon was a loving husband, father, grandfather, great grandfather, brother, brother-in-law, uncle, great uncle, nephew and cousin. He is survived by his wife, Claralyn W. Quarles, of St. Louis, MO.; his daughters and son-in-laws, Megan (Quarles) and Mark Price, Claralyn (Price) and Matt Bollinger, and his son and daughter-in-law, Lee and Jane Quarles; his sister and brother-in-law, Betts and David Pyatt; his grandchildren, Savannah, Sydney, Taylor, Georgia, Maddie, Sophie, David, Kate, Maggie; his great grandchild, Harper; and dearest nieces, and other family and friends. Jon is preceded in death by his loving parents, Eula Mae (Larkey) and J. Fred Quarles. In lieu of flowers, the family asks that donations be made in his name to the Hoover Scholarship Fund at Chaminade College Preparatory School at 425 South Lindbergh Boulevard in St. Louis, MO., 63131-2729.

The family of Mr. Jonathan [Jon] Frederick Quarles created this Life Tributes page to make it easy to share your memories.

Send flowers to the Quarles family.