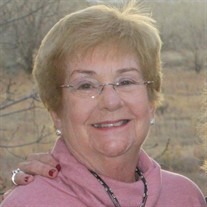 Barnes, Karen Jenkinson Karen Ann Barnes, nee Jenkinson, loving mother, cherished grandmother, beloved aunt, precious sister and loyal friend entered eternal life peacefully surrounded by her children on Saturday, September 19th at the age of 80. Karen was born in Chicago, Illinois, on September 14th, 1940. She grew up on the near north side of Chicago and excelled in academics from early childhood, graduating from high school at age 16. After high school, she went on to attend DePauw University in Greencastle, Indiana, where she was a member of the Pi Beta Phi sorority and graduated with a degree in education. At DePauw, she also met her future husband, Robert C. Barnes. They were married on June 16, 1962, and were later divorced. Robert passed away on April 26th, 2019. Upon graduation from DePauw, Karen moved to Chicago where she began her teaching career. She eventually moved to St. Louis, where she continued her chosen profession and lifelong passion at The Mary Institute and Saint Louis Country Day School, where she worked for 23 years teaching in the MICDS Ronald S. Beasley Elementary School. She truly had a thirst for learning, was an avid reader and an educated historian. Her involvement at Central Presbyterian Church joyfully consumed her energy while serving with her fellow congregants and Bible Study friends. In addition, she gave of her time freely as a board member in various neighborhoods where she lived and also volunteered her time in the community whenever called upon. Karen is survived by her three children Robert (Stacy) of Denver, Colorado, Thomas (Cara), of St. Louis, Kathryn Clervi (Matthew) of Columbia, Missouri, her sister Lynn Jenkinson-Kaawaloa of Hilo, Hawaii, and her seven grandchildren Reilly Barnes, Blake Barnes, Sophia Barnes, Cooper Barnes, Ian Barnes, Nicholas Clervi and Trey Clervi. Karen was preceded in death by her parents, Lester and Evelyn Jenkinson, nee Powell, of Lebanon, Indiana. Karen will be missed by her former students, and the many people she touched with her wit, wisdom and infectious smile. The family would like to thank the staff at Mason Pointe for their devoted care and affection to Karen over the past five months. A memorial service and reception will be held later this week. In lieu of flowers, donations can be made to the Micah Project Inc., Department 357, PO Box 4346, Houston, Texas 77210-4346

The family of Karen Jenkinson Barnes created this Life Tributes page to make it easy to share your memories.

Send flowers to the Barnes family.