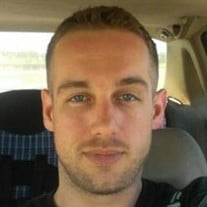 Keith Richard Crouch was born on January 1, 1982 in St. Louis, Missouri. He passed away unexpectedly in Houston, Texas on November 6, 2018. Keith spent most of his life living in Houston. He also spent a few years in California, and at the time of his death he was a resident of Austin, TX. Growing up Keith was a star athlete. He played basketball, football, ran track, and was an all star baseball player. He also held the #1 spot for stolen bases in the league for 2 consecutive years at age 12 and 13. During his school years he excelled in English. He was most expressive on paper, and had a passion for writing. You could often find him writing journals, and poems. He was a huge movie fan, and could appreciate various genres. Keith was an intellectual and relished a good debate. He favored talking about concepts and ideas from multiple perspectives, over small talk. He had an analytical mind, and could spout off any kind of sports statistic. He enjoyed watching ESPN and analyzing the games almost as much as he loved to watch them. He was exceptionally charismatic, which naturally drew people to him. Keith was a tolerant person, and he was able to get along with people from different kinds of backgrounds. He treasured laughing with his family, and he had a sarcastic, dry sense of humor. Keith’s greatest joy in life was spending simple quality time with his children. They shared many memories together including building things, science experiments, and decorating his house with their art. He liked hearing their thoughts, reading with them, playing games with them, and teaching them about the world. Passing on family traditions was important to Keith. Some of his favorite traditions were centered around Halloween. He loved watching horror movies for family movie night, picking out costumes, and going to haunted houses. Keith Richard Crouch is survived by his mother, Virginia (Wade) Crouch. His sister Natalie Crouch, 2 half brothers, Allen Crouch, and Kyle Urban. His 3 sons Jackson, Keith, and Keithan, and 2 daughters Sarah and Samarah. Uncles Larry Crouch, George Wade, and Oliver Wade, and his Aunts Julieta Crouch, and Georgene Paz. Cousins Rubi Ann Litteral, Larry Don Crouch, Kellie V, Keri Rosa, Shana Moreno, Anita Gutierrez, Dina Hoffman, Stacy Paz-Herbert, Kelly Meyer, Rebecca McClaney, Jessica Wade, Blair Wade, Bryan Wade, Brenda Wade, and Zoie Wade. Keith is preceded in death by his Father DeWitt Carlos Crouch. Maternal Grandmother Mary Louise Wade, Paternal Grandparents Floyd Crouch and Betty Jo (Griffin) Crouch. Uncles Charles Don Crouch, and Bobby Crouch. Aunts Anita Crouch, and Brenda Crouch. Cousins Heather Anderson, Tonya Berry, and Rudy Crouch. A visitation will be held on Saturday, November 17, 2018 from 1:00 pm to 2:00 pm with the memorial service beginning at 2:00 pm. Visitation and memorial services will be held at Beresford Funeral Service. Keith’s final resting place will be at Valhalla Cemetery in St. Louis Missouri, at a later date.

Keith Richard Crouch was born on January 1, 1982 in St. Louis, Missouri. He passed away unexpectedly in Houston, Texas on November 6, 2018. Keith spent most of his life living in Houston. He also spent a few years in California, and at the time... View Obituary & Service Information

The family of Mr. Keith Richard Crouch created this Life Tributes page to make it easy to share your memories.

Send flowers to the Crouch family.