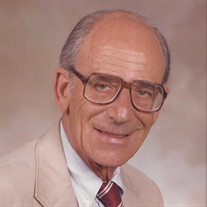 SALE, JR. LLEWELLYN passed away on May 5, 2014. Dr. Sale was born on December 17, 1914, the son of Llewellyn Sale and Elsie Seasongood Sale. He was a prominent physician for over 55 years. Dr. Sale is best remembered for the time consuming, compassionate, and fantastic care he gave to his patients, his great bloody marys, and for his incredible sense of humor. He was married to the beloved Kathleen Rice, who predeceased him in death in 1999. For almost 59 years, their life together was wonderful. A native St. Louisan, Dr. Sale graduated from St. Louis Country Day School, Yale University, and Washington University School of Medicine. Following training at Barnes Hospital (including chief resident of medical services), New York Hospital (Cornell Medical Center), and from NIH research grants, he began private practice in 1946. He was on the staffs of Barnes Hospital and Jewish Hospital. He served as associate director of medicine at Jewish Hospital from 1972 to 1992 and on several hospital committees. He retired in 1996 as clinical professor of medicine. Dr. Sale was director of the Student Health Service at Washington University, now Danforth campus, from 1954 until 1972. He received the Fellows Award from Jewish Hospital in 1991, the Alumni/Faculty Award from Washington University Medical Center Alumni Association in 1995, the Distinguished Service Award from Washington University Department of Medicine in 2002, and, in 2010, a scholarship was established in his honor at Washington University School of Medicine by the alumni association. In addition, he served on the board (one term as chairman) of Washington University Medical School Alumni Association, the board (and chairman) of the Jewish Family and Children’s Services, head of Health and Hospital Division of St. Louis Community Fund, and he was a member of the American College of Physicians, the American Medical Association, Southern Medical Association, Missouri State Medical Association, St. Louis Internists Club, the St. Louis Club, the St. Louis Society of Internal Medicine, and the St. Louis Metropolitan Medical Society. He was also elected to several honorary medical and scientific societies, including Alpha Omega Alpha and Sigma XI. He is survived by three children, Llewellyn Sale III and Kathleen S. Bartlett, of St. Louis, and Elinor S. Roth, of Seattle, Washington, six grandchildren, six great-grandchildren, and two wonderful friends, Judith Richardson and Cynthia Sale. The family wishes to thank the nurses and hospice staff of Bethesda Health Group, Inc. for their services. There will be no visitation. Private services will be held by the family. In lieu of flowers, contributions may be made to the Kathleen R. Sale and Llewellyn Sale, Jr. Medical Research Fund at BJH Foundation, PO Box 790369, St. Louis, MO 63179-0369, or a charity of your choice. *Special Note: The Family prefers no flowers or other gifts....would appreciate all gifts to Medical Research Foundation at Barnes/Jewish Foundation.

SALE, JR. LLEWELLYN passed away on May 5, 2014. Dr. Sale was born on December 17, 1914, the son of Llewellyn Sale and Elsie Seasongood Sale. He was a prominent physician for over 55 years. Dr. Sale is best remembered for the time consuming,... View Obituary & Service Information

The family of Dr Llewellyn Sale Jr created this Life Tributes page to make it easy to share your memories.

Send flowers to the Sale family.