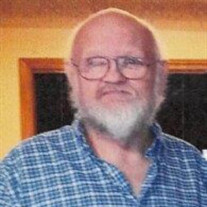 Mark Singer was born on February 15, 1959, and raised in Chillicothe Missouri by Midge and Wilbur Singer. He passed away peacefully, surrounded by his family, on March 13, 2022, after a long battle with pancreatic cancer. Mark worked in the computer industry throughout his career and made many long-time friends with his colleagues. Not only did Mark make his living working on computers, but he helped many friends and family work out their computer issues. He was a problem solver, and always willing to lend a helping hand. Mark’s favorite things to do were tinker with cars and electronics, but his absolute favorite thing was celebrating July 4th with his family. The July 4th festivities celebrated all the things Mark held dear in life, his family, his favorite foods, and long-held traditions. Mark is survived by his wife, Annette Singer, of the home, who he was married to for 35 years, his daughters, Becky (Jeff) Burmeister of Raytown, MO and Jennifer Meginn of Clinton, MO, and his four grandsons Austin, Jon, Mark, and Sam, a granddaughter, Kimrey, and a great-grandson, Cyrus. He is also survived by his parents, Midge and Wilbur Singer and Sister Tammy (Dale) Davenport of Chillicothe, MO; four nephews, Zachary, Wyatt, Nate, and Tanner, as well as many great-nieces and nephews. Mark was preceded in death by his grandson Anthony. There will be a visitation on March 26, 2022, at Speaks Funeral Home on 39th Street in Independence Missouri from 2 PM – 4 PM. A second visitation will be held from 10 am- until the Memorial Service held at Calvary Baptist Church in Chillicothe Missouri on April 2, 2022, at 11:00 AM. Interment is private. Memorial contributions may be made to the Tina-Avalon FFA or KC Hospice.

Mark Singer was born on February 15, 1959, and raised in Chillicothe Missouri by Midge and Wilbur Singer. He passed away peacefully, surrounded by his family, on March 13, 2022, after a long battle with pancreatic cancer. Mark worked in the... View Obituary & Service Information

The family of Mark Emery Singer created this Life Tributes page to make it easy to share your memories.

Send flowers to the Singer family.