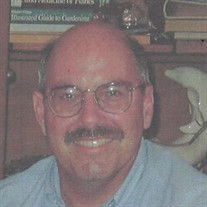 Michael Brazier of St. Louis, MO died Aug 19, 2015. He was 69. Mr. Brazier was born July 8, 1946 in Milwaukee, WI, son of Donn and Betty (née Deppiesse) Brazier. He received his Bachelor of Science in Civil Engineering (B.S.C.E.) from the University of Missouri in Columbia and his M.S. of Environmental Engineering at the University of Wisconsin in Madison. He worked for the U.S. Army Corps of Engineers in St. Louis for 32 years in the Design Branch, Environmental Section and the Regulatory Branch. He married Mary Ann Narrow on April 26, 1969. He was the beloved father of Aaron and Jennifer. In his career, he was responsible for the environmental protection of navigable waters, rivers, streams and wetlands and received numerous awards in his work, including a special recognition from President Jimmy Carter for cost reductions in wastewater designs. Another special award was the Commander’s Award I received from the District Engineer, Col. Michael Morrow, for outstanding performance of duties as manager of the regulatory program and environmental design. After his retirement from the Corps, he continued in engineering consulting services for many years. He participated in a project in which he was selected as a part of a team to design wastewater treatment systems with the Puerto Rican Sewer Authority and selected contractors. He liked Puerto Rico so much, that he returned on an extended trip with his wife Mary. It was evident that he loved nature, most specifically the waterways in which he worked. He spent much of his free time with his family in the outdoors hiking, biking, kayaking, and camping. He also enjoyed the ocean’s natural landscape while traveling on family vacations to the Outer Banks on the East Coast many summers. He often tended to his garden in which he enlisted help from family planting tomatoes, peppers and raspberries in his yard in West County. He was active in a running group with coworkers and participated in many local races and marathons. He enjoyed being active and adventurous. He always had a pleasant disposition and frequently wore a smile. He was kind to all he encountered and quick to make friends regardless of whom they were. He had a great sense of humor and laughed frequently, making him a pleasure to be around. He will be greatly missed by his family and friends. Services will be held at Hotchkiss Chapel inside Bellefontaine Cemetery with family only/private burial in Bellefontaine Cemetery. Memorial contributions my be made to: Missouri Stream Team Program c/o Mark Van Patten P.O. Box 180 Jefferson City, MO 65102-0180 [email protected] 573-522-4115 Arrangements made by Valhalla Funeral Home.

Michael Brazier of St. Louis, MO died Aug 19, 2015. He was 69. Mr. Brazier was born July 8, 1946 in Milwaukee, WI, son of Donn and Betty (née Deppiesse) Brazier. He received his Bachelor of Science in Civil Engineering (B.S.C.E.) from the University... View Obituary & Service Information

The family of Mr. Michael A Brazier created this Life Tributes page to make it easy to share your memories.

Send flowers to the Brazier family.