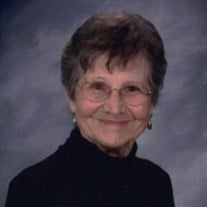 LaVaughn Thomas, age 95, of Lawson, MO, formerly of Gallatin, entered into Heaven on Monday afternoon, March 21st, 2022 at Excelsior Springs Hospital. LaVaughn was born on August 24, 1926, the daughter of Orville and Lillian (Hill) Lovitt in rural Harrison County. She grew up in Mt. Ayr, IA, and graduated High School as well as attended class reunions for 60 years thereafter. She attended college in Maryville, immediately joining the war effort in Dayton, OH as a stenographer. She met Richard K. Thomas in Dayton, where they courted, were married, and had two children before they returned to Missouri. The family lived in Albany, Bethany, New Hampton, and Gallatin eventually having a total of 5 children. LaVaughn was the perfect minister’s wife, involving herself in the church and the community while being sure her children were involved in school activities as well. In addition, she always contributed to the family’s finances. Among those jobs she held were as a teller at First State Bank, New Hampton; Secretary at Gallatin High School; City Clerk for the City of Gallatin, Secretary at Western Missouri Correctional Center where she eventually retired. Faith and family were everything to her. She wisely decided to sell her home in Gallatin and moved to Lawson to be closer to her son, Rick, and to enable herself to see her great-grandson's play ball. When LaVaughn saw anyone in need, she did her best to provide for them. She was one of kind: simple, courageous, and stubbornly independent. She will be so dearly missed by her devoted friend, Jean, and a host of other friends and family. LaVaughn was preceded in death by her parents, husband, Rev. Richard K.; daughter, Terrie Thomas; siblings, Russell Lovitt and Leota Halloran, and daughter-in-law, Connie Thomas. She is survived by her children: Greg Thomas, Palmer Lake CO, his daughter, Suzan Mullett (Warren), their son, Eli, Aurora, CO. Pam VanHoutan (John), Sarasota, FL, her sons, Tyler (Emily), their daughter Josephine, Houston, TX; Todd (Brooke), their children Sutton and Harper Lee’s Summit, MO; Trevor (Casey), their son, Landon, Carthage, MO. Rick Thomas, Lawson, MO, his children, Josh (Lisa) their children, Abby, Grant, and Kale, Lawson, MO; Emily Haines (Jamie), their son, Jamison, Lee’s Summit, MO. Gordon Thomas (Sheila), Branson, MO, their children, Jenifer LaMorte (Rob) Ridgefield, NJ; Kael Bowling (Spencer) Fayetteville, AK; Ian Thomas (Abby), Kansas City, MO. Also surviving is a sister, Verda Benitz, Kansas City, MO, nieces, nephews, and other extended family members. In lieu of flowers, memorial contributions are suggested to Foster Cemetery in the care of the funeral home. Funeral Services will be Sunday, March 27, 2022, at 2:00 P.M at Stith Funeral Home in Gallatin. The family will receive friends one hour prior to the service at the funeral home. Friends may call after 9 A.M. on Sunday. Burial will be at Foster Cemetery in New Hampton, MO. Arrangements entrusted to care and direction of Stith Funeral Home in Gallatin, 660-663-2117. Online guestbook at www.stithfamilyfunerals.com.

The family of N. LaVaughn Thomas created this Life Tributes page to make it easy to share your memories.

Send flowers to the Thomas family.