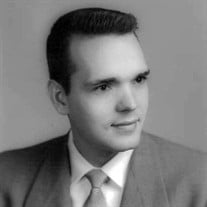 Norman Albert Born on June 17, 1929, Norman Albert was the second son of Ernest Carl Albert and Edna Clara Erke Albert, both second generation German-Americans living in St. Louis, Missouri. Ernest was the son of Carl Albert and Rose Frieman and Edna was the daughter of Friederich Erke and Wilhelmina Katherine Kleinsorge. Norman and his brother Milton were raised by their parents at their home at 4754 Labadie Ave in St. Louis. As a child, Norman and attended Benton Elementary/Middle School, at Kingshighway and St. Louis Avenue, where he began a life-long friendships with classmates Charles Lackinger and Kent Kohring. When Norman was 11, his father Ernest died from a heart attack on a cold winter day in February. Ernest had had the wisdom to own a two-family flat, living downstairs and renting the upstairs unit that provided income to his family after his passing. Edna worked as a piano teacher and domestic housekeeper to provide for her, her two sons. Her brother, Alvin Erke also lived with them. The Albert family attended Bethany Lutheran Church where Norman was confirmed on March 29, 1942. Norman graduated from Benton School in the summer of 1943 and continued on to high school at Beaumont High where he graduated in 1946. On October 5, 1946 Norman joined the Army. It’s no coincidence that the GI Bill expired at midnight the same day he enlisted. After receiving his basic training at Camp Polk, Louisiana, Norman departed from San Francisco, CA on a troop ship to Tokyo, Japan. Norman served in the US Army forces in occupied Japan from October 1946 through April, 1948 receiving an honorable discharge and World War II Victory Medal. In June of 1949, after his discharge, Norman was admitted to VA Hospital, Ft. Howard, Maryland with tuberculous where he spent more than a year recovering. After release from the hospital and a brief recovery period back home in St Louis, Norman began his college education at Washington University in 1950, graduating with a bachelor’s degree in education in 1955. On November 25, 1955 Norman married Susan May Wiedel at Bethany Lutheran Church, St. Louis MO. Soon after, Norman began employment as a Mathematics teacher at Mehlville High School in the R-9 school district in St. Louis. Both Norman and Sue had a common love for nature, music, and the arts. Their hobbies included growing flowers and bird watching. Sue enjoyed participating in flower shows in the summer time. Norman’s interest in music included playing the cello and recording music at church services. As both were school teachers, they enjoyed their lengthy summer breaks vacationing across the country and spending time in the Ozarks. In 1964, Norman and Sue purchased a summer home on Peninsula Ct. on the Lake of the Ozarks in Camden County, Missouri. Starting in July, 1966, Norman took a couple of years off from teaching to work as a computer programmer at McDonnell Aircraft Company. But in 1968, Norman returned to teaching at the Riverview Gardens School District where he worked until his retirement in July of 1989. Norman and Sue both realized the benefits of longer summer vacations, as teachers, spending more time at their Lake of the Ozarks home. In February, 1995 Norman’s wife Sue passed away after a lengthy battle with cancer. Norman lived a frugal life, supporting charities and help friends in times of need. He was an avid KFUO Lutheran Hour radio listener and actively participated in church activities. In his retirement, he enjoyed driving the bus on outings for residents at Hidden Lake Lutheran Senior Services. Some of Norman’s letters reveal his extreme disappointment at being forced to retire from driving the bus at age 70 due to the facility’s policies. He really wanted to keep his job as a volunteer bus driver. In 2013, Norman left his home at 8913 Boyce Place, Jennings, Missouri to move into Hidden Lake, Requirement Community in Spanish Lake, due to age-related health issues. Norman was a real trooper about transitioning to a retirement community, making new friends at Hidden Lake and reconnecting with old friends he had known from working there several years past. During his residence there he enjoyed helping out any way he could, setting up chairs for special events and helping other residents. In June, 2014, Norman’s sister-in-law, Chris Albert and nephew, Gary Albert helped him to move to San Diego, California where he lived at Waterford Terrace Retirement Community so his family members could support his healthcare needs and challenges of senior daily living. Norman enjoyed the San Diego climate and California lifestyle where he lived with as much independence as his health afforded. As his care needs increased, he was transferred to Good Samaritan Retirement Center in May of this year where he passed away from pneumonia while in hospice care on December 5, 2017.

The family of Mr. Norman R. Albert created this Life Tributes page to make it easy to share your memories.

Send flowers to the Albert family.