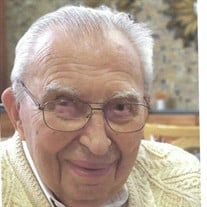 Rudolph L. Heider, 107, died on July 17, 2020 in Chesterfield, MO. He was a retiree of Monsanto Co. and an emeritus Professor of Chemistry at the St. Louis Community College at the Meramec campus. A native of Massachusetts he received his BSChE from Northeastern University in 1936 and went on for his MS and PhD at Purdue University. In 1941 he joined the Central Research Laboratories of Monsanto in Dayton, Ohio where he did process development work for the synthetic rubber industry. In 1950 he was transferred to the Texas Division at Texas City, Texas where he directed development work on petrochemicals and monomers until 1955 when he joined the Monsanto Plastics Division in his native Massachusetts. Here he directed process and product development work on several plastics and in 1960 joined the Development Department dealing with plastic substances. In1964 he took early retirement and joined the newly formed St. Louis Community College Meramec campus as an associate professor of chemistry developing individualized instruction. He retired as a full Professor in 1984 but continued with part-time teaching until 1987. In 1975 he was awarded a medal of excellence in teaching by the Manufacturing Chemist Association. Dr. Heider was a consultant for the American Association Junior Colleges, a visiting scientist for the American Chemical Society (ACS), chairman of the Southeastern Texas Section (1954), a professional engineer (Ohio), Member of the American Institute of Chemical Engineers, Society of Plastic Engineers, Sigma Xi, Phi Lambda Upsilon. He joined the ACS in 1940; emeritus member. Rudolph (Rudi) was preceded by his wife of 62 years Loraine. They were active members of Eliot Chapel Unitarian Church in Kirkwood, MO. They enjoyed the symphony and a regular Sunday afternoon session of bridge with friends followed by a potluck supper and Masterpiece Theater. They also took Spanish lessons so they could do extensive travel in Mexico. They would go for months at a time; taking many trips to out of the way villages in the mountains and old mining towns. In his later years he resided at Friendship Village (FSV) in Chesterfield, MO. He enjoyed activities such as gardening, Tai-Chi, he often played Bocce ball and enjoyed participating in many activities that FSV provided. He sat and chaired the dietary committee, always emphasizing good nutrition, and exercise. Rudi made many friends with residents and staff at his new home in FSV. Often crediting good friendships and a good attitude. He was very loved and will be missed. Rudi was also preceded by his granddaughter Katherine Olmsted, her husband Scott. Rudi is survived by his son Robert and wife Donna, and grandson Matthew and wife Janet. Please send memorials to the St. Louis Foodbank, 70 Corporate Woods Drive, Bridgeton, MO 63044.

Rudolph L. Heider, 107, died on July 17, 2020 in Chesterfield, MO. He was a retiree of Monsanto Co. and an emeritus Professor of Chemistry at the St. Louis Community College at the Meramec campus. A native of Massachusetts he received his BSChE... View Obituary & Service Information

The family of Rudolph L. Heider created this Life Tributes page to make it easy to share your memories.

Send flowers to the Heider family.